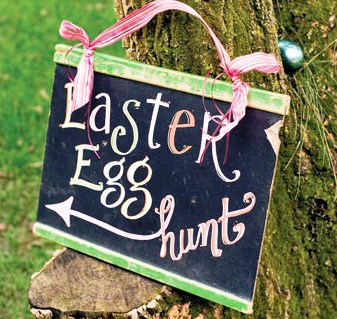 April is an incredible time to visit Hilton Head. The weather has warmed up nicely and there are so many fun events taking place on the island for the whole family. We’ve included just a few of our favorites to tempt you to visit!

Gregg Russell is so popular among Hilton Head families that they have named a playground after him! He kicks off his 2014 family-friendly concert series in April! During his concerts, Gregg likes to mix it up, singing songs, playing games and really gets kids involved in his show! He’ll be performing in Harbour Town starting at 6:30 on April 1-4th, 7-11th, and 14-16th. 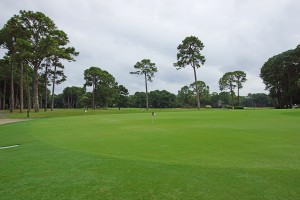 The big event that everyone on Hilton Head is talking about is the RBC Heritage Golf Tournament. The 46th annual golf tournament will see if Graeme McDowell can defend his 2013 title. The RBC Heritage is the only PGA tournament in South Carolina, and attracts golf’s best and brightest players. Along with McDowell, other popular players that you can spot at the event include Ernie Els, Brandt Snedeker, Boo Weekley and many more! The RBC Heritage is held at the Harbour Town Golf Links and this year, it will be taking place April 14-20th.

Music & Taste on the Harbour 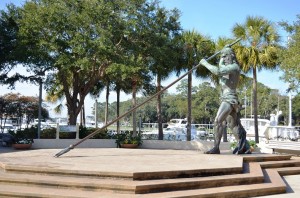 During the month of April, every Thursday at 6:00pm at Shelter Cove, you’ll find Music & Taste on the Harbour. You’ll get to hear free, live performances from Target Band and The Headlines. In additional to fantastic music, there will be lots of snacks and beverages available for purchase from local vendors. The Music & Taste on the Harbour events makes for great date nights!

The Hilton Head famous Salty Dog restaurant and ice cream shop will be holding their annual Easter Egg Hunt on Saturday April 19th at the South Beach Marina Village. This is an event that Hilton Head Island children look forward to all year! The hunt is open to kids ages 2-10. You won’t have to worry about the bigger kids grabbing all of the eggs, there are different sections for each age group! Rumor has it that the Easter Bunny will be taking time out of his busy, Easter Eve schedule to visit!

Have we convinced you to come to Hilton Head in April? Find rental property availabilities. See you soon!